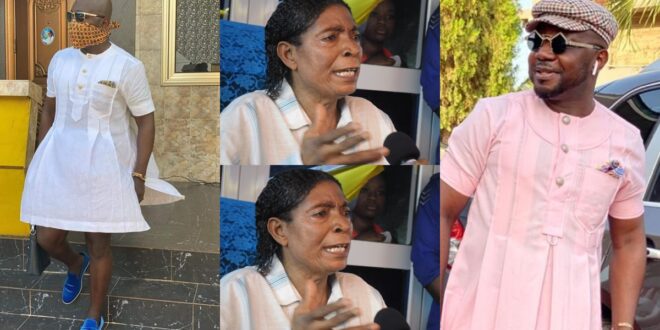 “Apostle kwadwo safo is a God, he freed me from Jail”- Osebo

Osebo, the Zaraman, says Apostle Kwadwo Safo is not a mere human being but is actually a deity who holds abilities and governs the rainbow.

A sincere adherent of the Kristo Asafo Religion, Osebo made it clear with all audacity that his remarks regarding Apostle Kwadwo are not surprising.

As a justification to support his statements, Nana’s baby daddy listed a case where he was jailed for 9 months in Italy in 2019.

When in jail, he announced that he had a dream where Apostle Safo advised him to exit the county jail and go home, after the dream he was freed and his case had been removed from prosecution.

“Apostle Kwadwo Safo is a god, not a pastor. Even pastors, witches and other spiritualists are aware of what I’m saying and they know it as the truth. He controls the rainbow…”