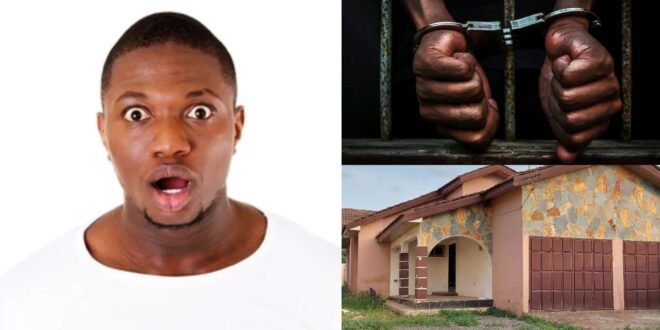 The Public Relations Officer (PRO), Emmanuel Kporsu, has sent a ‘warning’ to landlords against taking rent advance of more than six(6) months from tenants.

His claim is based on Section 25:5 of the Rent Act, which makes it unlawful for any landlord to do so and imposes harsh penalties on those who break the law.

“Looking at the rent control law, we have two categories of tenancy namely, the short and long tenancy. With the former, you pay your rent monthly and the landlord can only charge you a maximum of two months’ rent advance. But for the long term tenancy, one can have a two-year agreement with the landlord but he or she is only required to take a maximum rent advance of six months”. Emmanuel Kporsu disclosed in an interview on Happy Fm monitored by buzzgh.com.

“Any landlord who disregards the act and is brought before a magistrate can face a jail term of 2 years or maybe fined an amount of GH₵10,000 or based on the discretion of the magistrate, one can suffer both”. He added.

He explained that as part of their mandate to settle disputes between landlords and tenants, his organization has been conducting an awareness program on the Tenancy Act for the past two years.

some landlords are now being prosecuted for violating the rent act, and “statistics will soon be shared with the media,” according to his authority.

The PRO for Rent Control praised the government’s attempts to address the country’s housing shortage.

ALSO READ  Sarkodie Claims He’s On The Same Level As Jesus Christ: Is That Arrogance or Confidence? - Video
Share