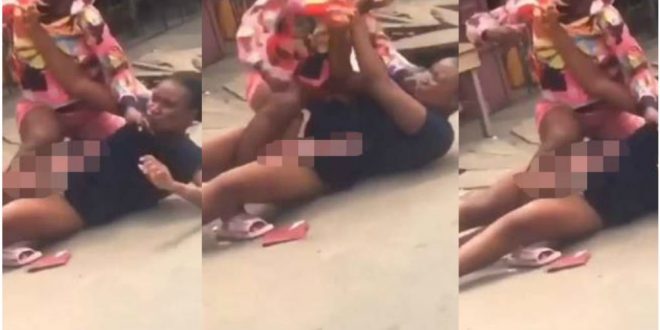 We have sighted an interesting video online which captures for about four women fight each other on the streets.

according to reports, these women are fighting over a man and from the video they were seen fighting brutally.