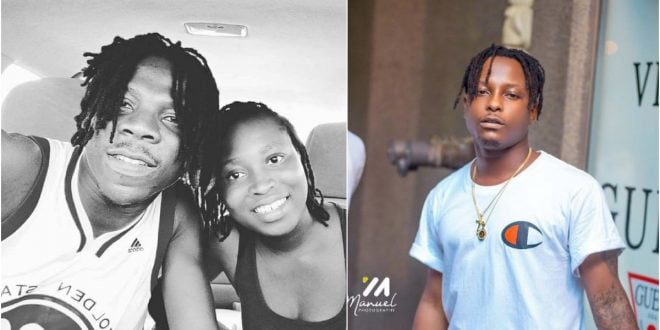 Popular Stonebwoy fanatic who goes by the name Ayisha Modi and prefers to be called Stoneboys’s Sister has gone wild on social media as she lashes out on Kelvynboy and Blakk Cedi.

her out bust came following Kelvin boy’s recent insult on his former boss Stonebwoy as he claimed Stonebwoy was the brian behind the attack on him last time in Ashaiman.

Ayisha Modi in a video as she reacts, really went very hard and dirty on Kelvyn boy as she leveled all sorts of dirty words on him. she went forth to reveal all the good things Stone boy has done for Kelvyn boy proving Kelvyn boy to be ungrateful.

She advice Kelvyn boy he should never bite the hand that once fed him.

according to Aisha,  Kelvyn Boy owns Stonebwoy’s loyalty and respect for introducing him to the world to kick off his music career, something the entire Bhim nation disagreed but yet Stonebwoy didn’t give up.

watch the full video below: