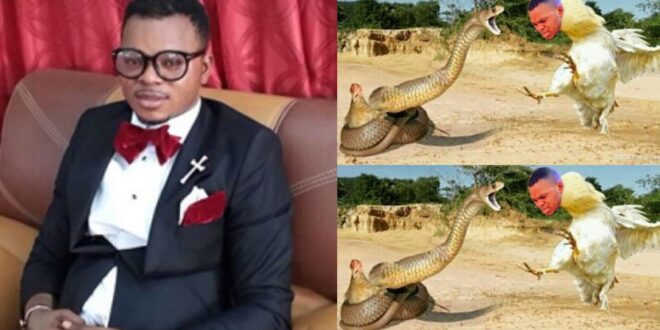 A member of Angel Obinim’s church, International God’s Way Church has given an account of how the man of God turned into a cock to save her from a snake bite. 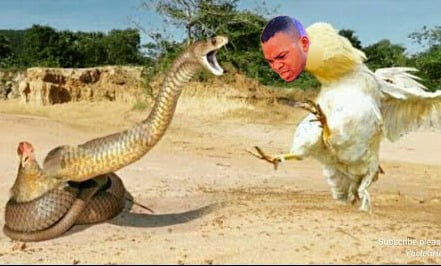 according to the church member who is a teacher in the Volta region, she was one day not feeling well while in school and decided to have a rest under a tree at the compound of the school.

from this lady, just after she laid down her head to sleep, a snake from nowhere started crowing towards her but her daughter who was nearer to her shouted.

the teacher claimed to her amazement, she saw Angel Obinim turned into a cock and prevented the snake from biting her.

Later that night, the teacher claimed that Angel Obinim had appeared in her dream and told her that he was the one who transformed into a cock to save her from a snake bite.

The unidentified lady went on to state that Obinim had told her that the snake had been sent by a woman who is not on talking terms with her, but that because she was a member of her faith, she had come to her rescue.