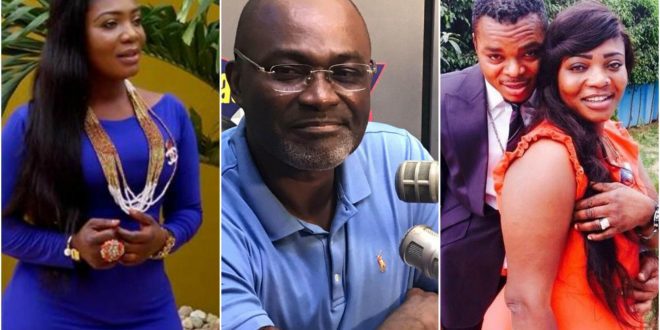 Yesterday, Obinim became the subject of discussion and mockery in Ghana after Hon. Kennedy Agyapong exposed some of the bad things he has been doing behind the scenes.

One of the included he defrauding a lady of her Gold and giving her fake.

Obinim in reacting to the numerous allegations that Kennedy Agyapong made, has called on his wife Florence Obinim and all his love ones to join forces with him so that he can win the fight against the proven politician.

Obinim said that Kennedy Agyapong is not fighting him but Jesus Christ.