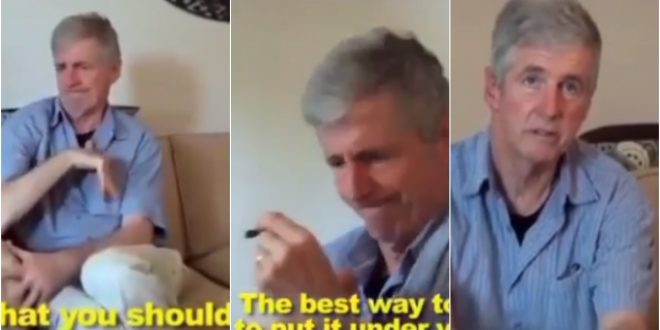 An old man gets delivered from his severe chronic disease after smoking a piece of marijuana during a test in a recent trending video online. this seems to be good news for smokers.

The video had the old man suffering from Parkinson’s disease used as a test sample. The disease got him struggling to do normal movement and even found it difficult to talk.

However, after he was given a piece of marijuana to ‘puff’ and hours of sleep, he became relaxed, spoke with ease, and even walked around. Could it be that Marijuana is very good for our health?

Watch The Video Below:

Parkinson’s disease is a disorder of the central nervous system that affects movement, often including tremors. Parkinson’s often starts with a tremor in one hand. Other symptoms are slow movement, stiffness, and loss of balance.

It is believed to be a chronic disease hence Treatment can help, but this condition can’t be cured.