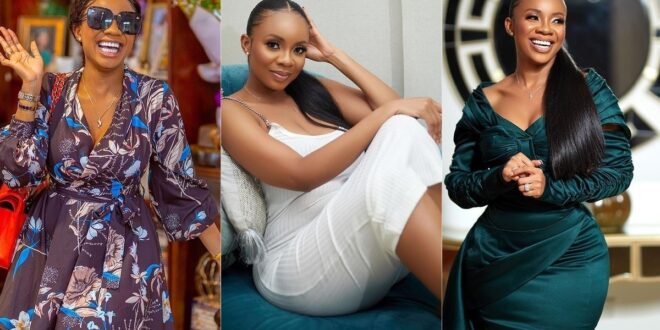 Amihere angrily curses a netizen who said she was sacked from SHS after sleeping with a teacher.

Serwaa Amihere, a GhOne TV star, has taken a social media user to react after the anonymous poster made a lethal accusation against her.

Serwaa was allegedly expelled from Adonten SHS after having an affair with a teacher, according to the source.

Curses were hurled back at the individual by an enraged Amihere.

Instead of hiding behind an anonymous twitter account, Serwaa dared the poster to make the accusation against her in public.