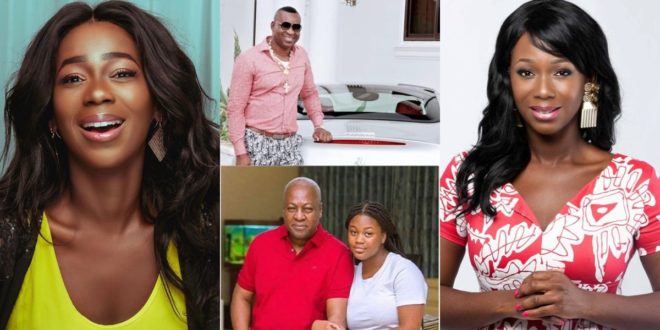 The British-Ghanaian actress, Ama K Abebrese has descended on NPP regional chairman for Ashanti region, Chairman Wontumi over a comment he passed about Mahama’s daughter.

The outspoken NPP member took to his own Kumasi based Wontumi FM to warn that Farida, Mahama’s young daughter is prone to being sexually harmed by men due to how her father fluants her on social media.

“he(Mahama) posts his daughter indicating that she is now of age. Someone will catch her and do something to her for him to realize that if you have a daughter you will hide her next time,” He said.

Well, this comment did not land well for many Ghanaians and they have decided not to spare Chairman Wontumi. However, the latest to add her voice is Ama K Abebrese.

According to the actress, his comments are inappropriate and abhorrent, especially considering the fact that Farida is just a child (13 years old) and Wontumi’s comments had sexual innuendoes and he is also a public figure.

ALSO READ  "Movie producer pay me peanuts after i work with them"- Adwoa Smart.

Ama K Abebrese went ahead to propose a punishment for the Controversial NPP politician in a Facebook post before cautioning people who post sensitive sex related content about young girls on social media to stop the act.