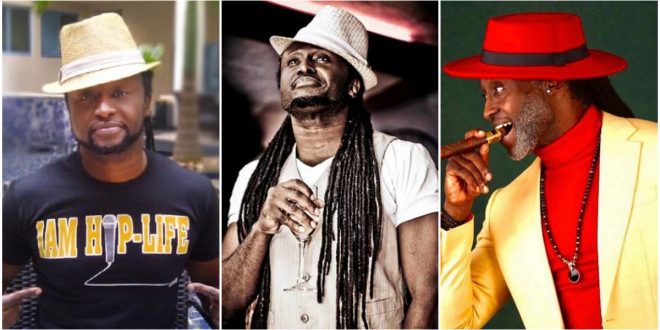 Renowned highlife legend Reginald Yaw Asante Osei, popularly known as Reggie Rockstone has disclosed that he does not do music for awards but for the people.

speaking in an interview with Dr. Cann on Showbiz extra, on the 2020 3Music “Outstanding Achievement” when asked the number of awards Reggie Rockstone has,

he disclosed that he has awards but does not know the number of awards he has since his music is basically for the people and not for awards.

“I’m old school. During my time, if you put out a song and people love and patronize it a lot, that’s all the award you need. If you go somewhere and people are happy when your song is played, that’s your award”.

“I’m not much of an awards guy. I appreciate it and I am grateful, but I am more about the people”.