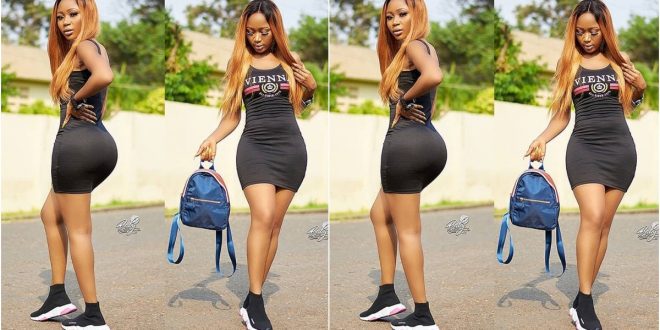 Allegedly: Akuapem Poloo To Appear Before Court Today Over Her Nude Photo With Her Son

Sensational actress Rosemond Brown also known as Akuapem Poloo is allegedly said to appear before court today July 3, 2020, over her nude photo with her son.

it could be recalled that the Criminal Investigation Department (CID) released a statement concerning Poloo’s nude photo with her son as they invited her for questioning.

well, according to close sources, the Criminal Investigation Department (CID) has stated that the action of the actress which got people talking is considered violent under the law section 280 and 280, Subsection 25 of the criminal Act of 1960.

from sources, Akuapem Poloo could be jailed base on two charges, indecent assault, and obscenity.

Should in any case Akuapem Poloo’s lawyers refuse to convince the court, she might definitely be jailed.

it seems our sister Akuapem Poloo is now in trouble after going nude in front of her 7-year-old son during his birthday for trend.