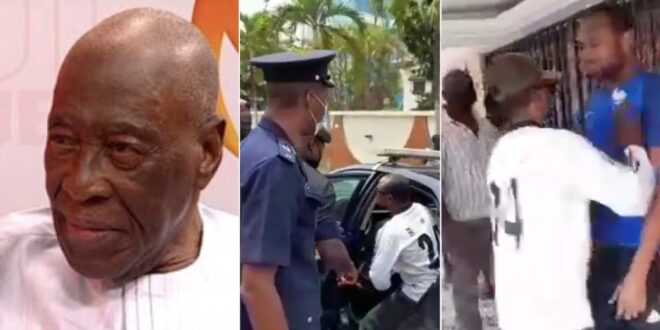 Despite breaking into the house’s compound, the party was unable to gain entry to the room due to the house’s well-secured burglar proof

His step-mother, Edwina Baaba, with whom Alhaji Asoma Banda lives at his Airport home, is said to have refused Fadel Asuma Banda access to his millionaire father.

Fadel is said to have come to Ghana to attempt to settle his problems with his father, complaining about not being able to see him and being told that his father was ill and unable to welcome visitors.

“On my second visit to the building, the same guy (the security guard) came out to tell me that my father had told him he didn’t want to see me.”

“I grew justifiably wary about what was going on, because if my father didn’t want to see me, I had the right to hear it from ‘the horses own lips,’ if he had really said so.