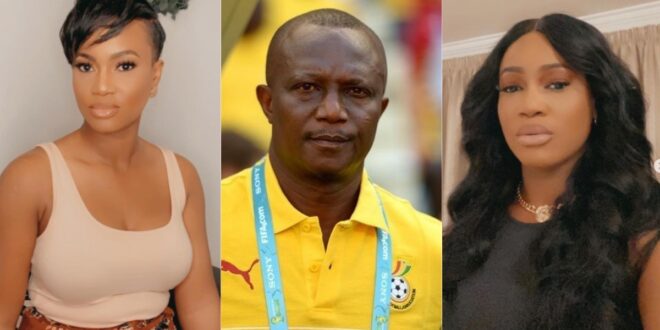 Photos of the beautiful first daughter of Akwesi Appiah, Peggy Appiah have surfaced on the internet.

photos of his first daughter surfaced on the internet as her younger sister Efia Audrey Appiah shared on her birthday on Tuesday, January 12, 2021.

Akwesi Appiah has managed to keep his family life private from the public but among his daughters, Audrey has been sharing photos of her other sisters during their birthday.

ALSO READ  "Invest in your girlfriends and wives"- Medikal

“T’S PEGGY’S DAY!!! Let me introduce you to the firstborn of the three sisters! Yes she is the silent queen! She’s literally the female version of my dad just a little bit of a talkative than he is oh she looks like the last born too.”