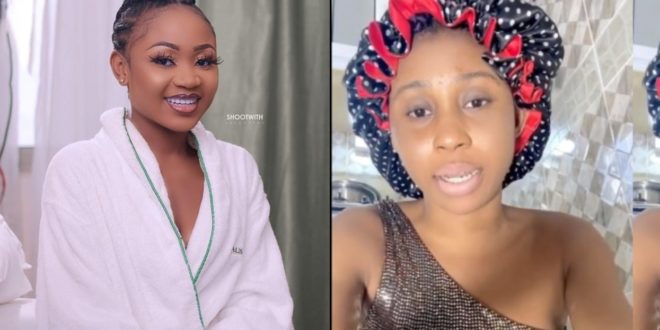 The former friend of popular Ghanaian actress and video, Akuapem Poloo, Susan – who shared a nude video of the actress – has finally apologized for her action after initially claiming she had no hand in the video.

Following the actress nude video, this friend of her who was alleged to be the one who leaked it came out insulting the video vixen for accusing her about something she had no idea about.

well, in a video that has surfaced, Susan has asked for the forgiveness of Akuapem Poloo as she conceded that she has done something wrong to her.

According to her, Poloo should act like the big sister she use to be and forgive her for whatever she has done against her. Although people didn’t know the actual person who released the video, she has finally exposed herself through the apology.