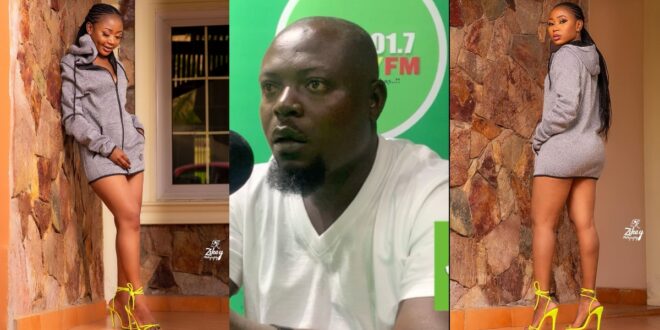 Rashad Yakubu, Akuapem Poloo’s baby daddy, has finally spoken out about their relationship and their son, Chief.

As a result of Akuapem Poloo’s arrest, there have been demands for her son’s father to take responsibility for their boy, as Poloo is a single mother.

Akuapem Poloo’s baby daddy has now arrived to talk and share his side of the story.

Rashid disclosed in an interview with Abeiku Santana that he has not left his child for Poloo to raise on her own.

He seems to be involved with his son’s upkeep and has spent some moments interacting with him.

Rashid disclosed that he first met Poloo in 2010 and that she became pregnant in 2012.

He said that he intended to marry Poloo after she gave birth, but he was unable to do so because he lacked the financial means to carry out the engagement and wedding plans, despite having gone through the dowry list.

They grew apart after Poloo gave birth, with neither of them insulting the other.

For more details, watch the link.