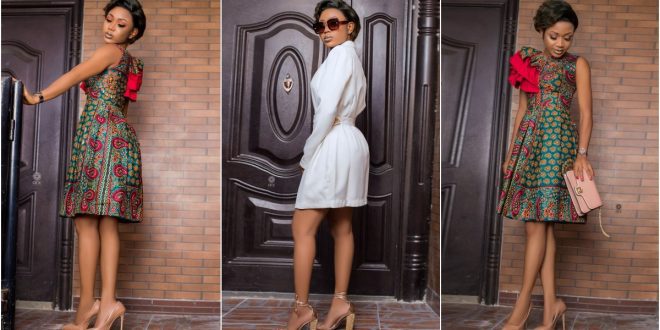 Reports reaching us indicate that sensational actress Akuapem Poloo has arrested by the Criminal Investigation’s Department over her [email protected] photo with her son.

from reports reaching us, Akuapem Poloo is being sent to the headquarters of the Domestic Violence and Victim Support Unit (DOVVSU) around the Ministries in Accra to be interrogated for taking [email protected] photo with her 7-year-old son.

in a short recall, Akuapem Poloo received the backlash of her life as media users lashed out the devil out of her after she went nude in front of her seven-year-old son in a photoshoot.

just after the photo went viral, the Child Rights International releases a statement which petitioned the CID to act over the matter since Akuapem Poloo had violated laws and breached some Child Acts.

Poloo then took the post down and apologiesd to Ghanaians in a video after the CID statement yet, she has been taken to DOVVSU in Acrra for further interrogations.

a formal report from the DOVVSU of Akuapem Poloo’s arrest is yet to come out, but continue reading out stories as we bring you more gist.