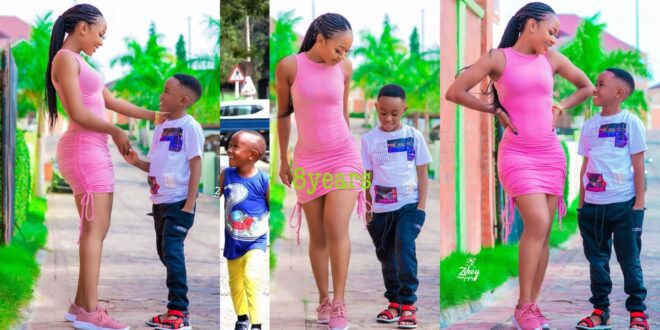 Akuapem Poloo found guilty by the Accra Circuit Court for abusing the rights of her son.

Remember when actress Rosemond Alade, also identified as Akuapem Poloo, posted a nude picture with her 7-year-old son in the year 2020?

She was first taken to court for allegedly violating her child’s rights.

After months of pushing the case through the courts, she was found guilty in her own plea by the Circuit Court of Accra.

When she was first arraigned, she pled not guilty, but modified her plea on Wednesday.

According to Starrfm.com.gh, Poloo pled guilty to all three allegations in court today, and was found guilty of her own plea by the court presided over by Her Honour Christina Cann.

She has been remanded in detention pending the prosecution’s ability to transport her to any government facility for a paternity examination.

She said yes to the court when asked if she really stood by her change of plea before being remanded.