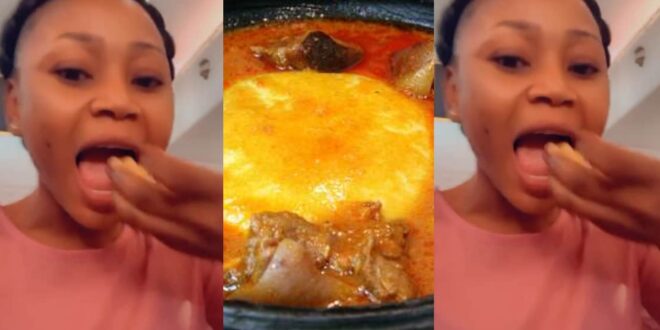 Akuapem Poloo, a Ghanaian actress, video vixen, and entrepreneur, has had a particularly traumatic two weeks.

If you have been on social media recently, you have probably seen Akuapem Poloo, who was sentenced to 90 days in prison for exposing her 8-year-old son to indecency and posting it on social media, as the most trending subject.

Akuapem Poloo’s lawyer has been working around the clock for the last few weeks to appeal the 90-day term she received after pleading guilty in court.

Akuapem Poloo was therefore given an 80,000 Cedis bond, which she was unable to pay, and she was sent to the Nsawam Prison.

Fortunately for the single mum, destiny grinned on her as her celebrity buddies collected the bail money and helped her get out of prison.

Akuapem Poloo disclosed in a recent Instagram post that her painful experience stopped her from eating well, but that after overcoming her doubts, she was able to enjoy her favorite food (fufu? ), which made her incredibly happy.