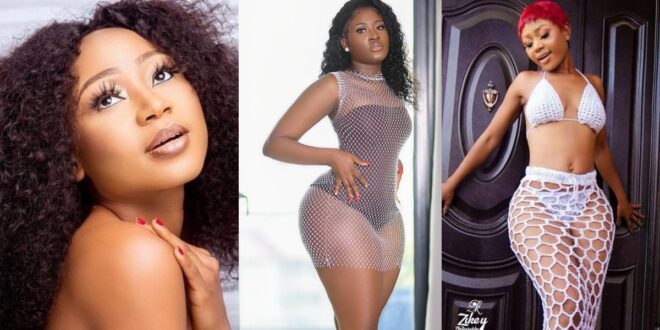 She revealed that she has stopped revealing her body on Neat Fm’s Entertainment GH, but that those who used to ridicule her are now copying her old look.

Those who want to mimic Akuapem Poloo should focus on their marriage rather than interfering with her, she said.

She clarified that the Fella Makafui she knew used to dress modestly and just flaunt her attractive figure, so she doesn’t understand why she’s now going n*de after getting married.

ALSO READ  Meet Jeremy; The baby without a chin (photos)