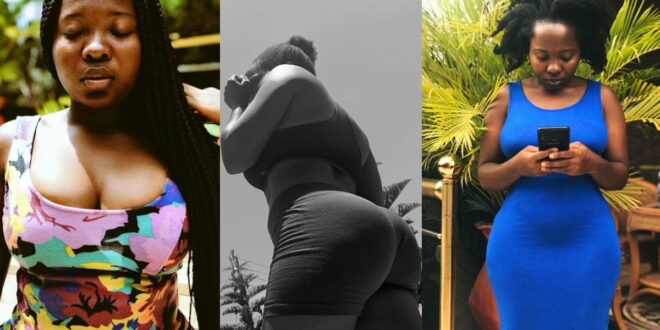 Akua Saucy, a Twitter lady who has been trending on the internet in recent days as a result of her viral n*de images and videos, which were posted online by a user named @Kwaby Skrilla, who claims to have paid Ghc50 for each one, has threatened retaliation.

Akua Saucy has taken to Twitter to taunt the man who disgraced her after she broke her silence earlier today and revealed how heartbroken she is.

With her n*des still on several people’s phones and tablets, Akua Saucy has come out to retaliate as she has threatened to also drop nudes of the guy.