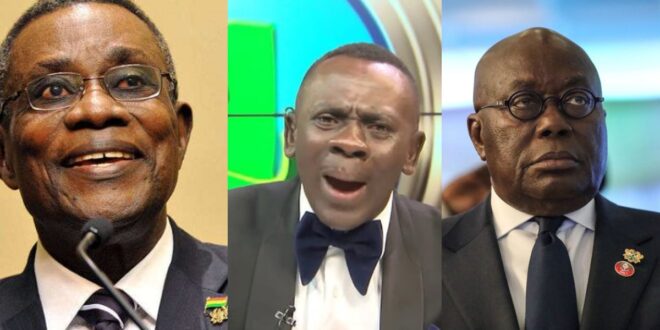 Akwasi Baodu aka Akrobeto, a popular Ghanaian actor who has gained iconic status, has spoken out about the ongoing LGBTQ+ controversy in Ghana, that has sparked public outrage.

On his UTV program, “The Real News,” Akrobeto praised the late former president of the Republic, Atta Mills, for standing firm against homosexual rights.

When asked about it in a foreign interview, Nana Addo, on the other hand, said that it will eventually happen in Ghana.

As Ghanaians’ tempers spilled over, he made a sudden U-Turn and came to shun those statements, as Ghanaians have been adamantly opposed to LGBTQ+ acceptance.