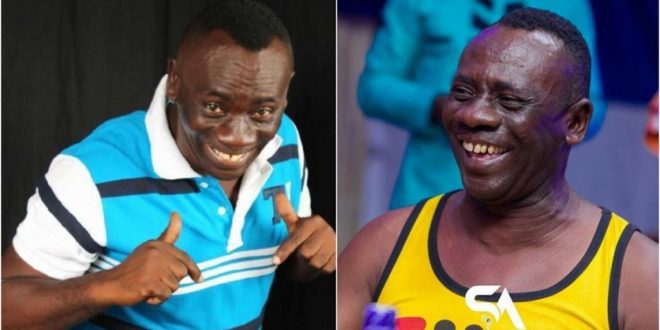 Akrobeto: Being An Actor Is Better Than Being An MP

The veteran comic actor now TV show host, Akwasi Boadi widely known as Akrobeto made known that he would choose acting over being a member of parliament(MP) as he expressed how he loves his career.

The actor who recently got an award with his comedy show made these revelations during an interview with on Kantanka TV. He said that regardless of the money any other job will give him, he will always choose acting.

Akrobeto went on to say that if he’s to reincarnate after death, he won’t hesitate to pick up his acting career. When asked what he would do if he is granted the opportunity to be the president or MP, he said it can not change his mind.

According to him, he is not after a job that just pays but rather one that also gives peace and there is no other job that provides the two except being an actor.