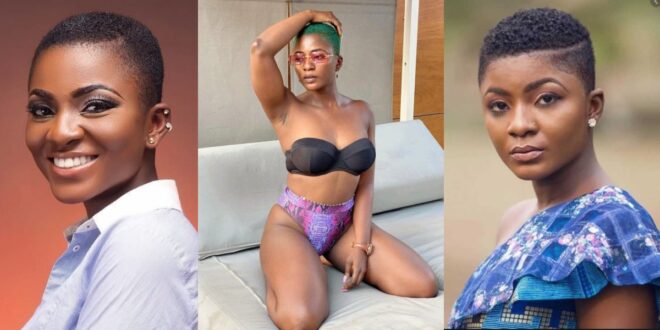 Ahoufe Patri gives fans a free show as she stuns in B!k!n! photos.

She’s holding her relationship in secret.  it was said to have an affair with the Ghanaian famous music legend Kwabena kwabena, but the rumors where never confirmed or denied by both parties involve.