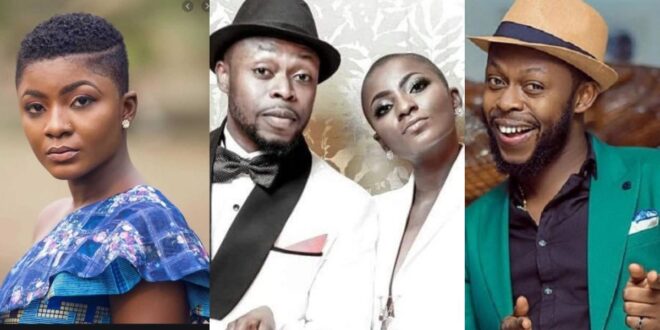 Ahoufe Patri agrees to marry Kalybos after years of rejecting him. (screenshot)

After years of trying and being rejected by her, Ghanaian actress Ahoufe Patri seems to have decided to marry her long-time admirer Kalybos.

Kalybos begged to marry her in a new post posted by the star, which she laughed at at first but then agreed to.

He wrote: Please marry me wai, which Ahouf3 chuckled at at first but agreed to after a few moments. Yoo mati, which translates to “Well, I heard you”