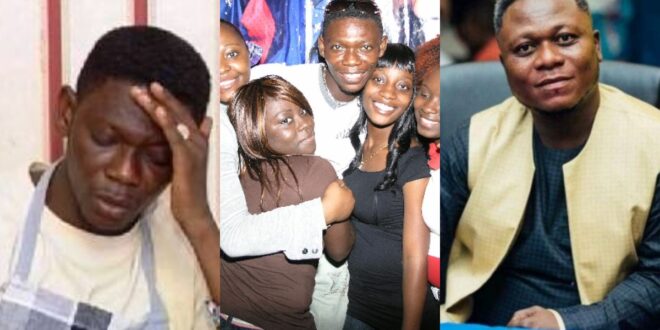 Frank Fiifi Gharbin, a renowned Ghanaian film director and producer, recalls how he once found Agya Koo on stage rapping a coworker actress.

He said he found Agya Koo rapping an actress red-handed.

Frank revealed in an interview that Agya Koo said on Hitz Fm that he once got a slap from him (Frank) because he came on set drunk to the point of haze and he had to get him back to the land of the sensible.

Frank revealed it was never the case as he shared his side of the story.

He said that after returning to set after a day of work and hearing a lady scream in one of the rooms, he went over to see Agya Koo attempting to rape the lady.