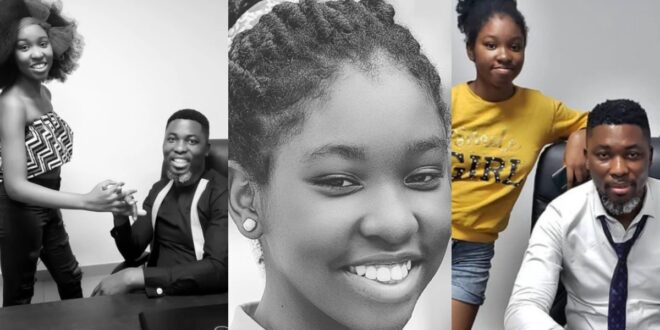 After saying he hates women who work, see pictures of Kwame A-plus 14 years old daughter who will one day be a housewife.

Kwame A-Plus is a Ghanaian-born musician, highlife rapper, and political activist who is known for his politically charged and divisive hit tracks. Kwame Asare Obeng, as he is known in real life, was born in Saltpond, Ghana, to Daniel Kwasi Obeng and Elizabeth Obeng. He began his studies in Gomoaman preparatory.

After the general elections in 2000, he released his first single, Freedom Of Speech. The well-known artist continued to unleash a slew of top trucks. The musician has two beautiful girls that look a lot like him. He started by posting a photo of one of her daughters, whom he named Ama.

He first shared a photo of Ama with the caption “Ama, my daughter” on her Instagram profile. Take a look at some of Ama’s gorgeous portraits, who are 14 years old.