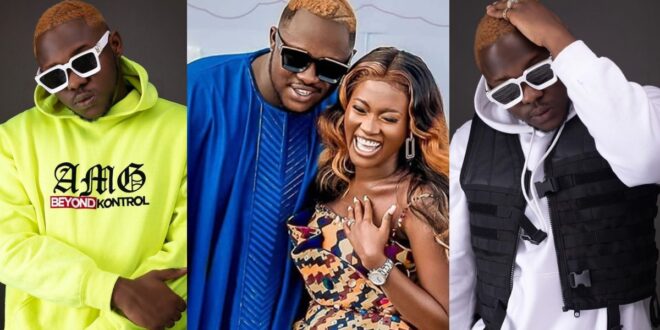 “After I got married, A lot of girls have been giving me free tonga”- Medikal

Medikal, a Ghanaian rapper, has revealed that several people have fallen in love with him since he married, and that Fella fights with him sometimes.

He told Nana Romeo on Accra FM that he is enjoying a lot of advances from a lot of women and that he is loving the publicity.

He also mentioned that although his wife Fella does not always approve of it, she usually accepts it.

He went on to say,

“Because of how I handle Fella Makafui, I think my marriage was the turning point because all the women around me now see me as a loving guy.

Yes, because many women have fallen in love with me in the nicest way possible since I got married.

She doesn’t really agree with me, and as a result, Fella gets into arguments with me from time to time.

This is usual in all relationships, so we talk about it and make up quickly “..

Medikal also claimed that he will continue to target everyone who says his money isn’t real, saying that he works very hard every day to earn his money.