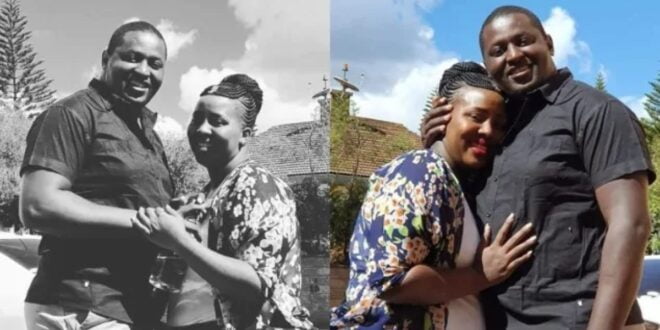 “After cheating on my wife, I reported myself to her,” man says, stressing how honesty will fix most marital issues.

Terence Creatives, a Kenyan comedian, has spoken about how he resolved one of his most urgent marital issues and why partners must instill the habit of integrity in their lives.

Terrence Creative was found cheating on his wife Anitah Sonia, almost jeopardizing his marriage to Chebby.

In a recent interview, the comedian admitted that he had to come clean to his wife and tell her the truth before things get out of control.

According to the comedian, he decided it was prudent to return home to his wife and hash it over with her while seeking forgiveness.

Terrence felt that his family, especially Chebby, was the only one who could understand  because they had all struggled together against the world as a family.

”We love solving issues as a family because, at the end of the day, it is Us against the world. We are human beings and we are bound to err. The bottom line is to let your lover know about it before she gets it from other people. I told her to reduce the extent of shock. I went to her and confessed that indeed I had messed up.” Terrence said.

Chebby, his companion, echoed his feelings, thanking him for being frank with her at that time.

”I knew about it way before it even hit the media. I really thank Terrence because he acted like how he should have acted. It was rough when I knew but thank God, Terrence told me the whole truth. His honesty really helped me recover from the pain. I stayed even when the world was pressuring me to ditch him. Look at us now, if I had gone, we would not be having a TV show as a couple.” Chebby narrated.

Sonia, the lady stuck in the midst of the controversy, said the comedian’s best half had been harassing her since the adultery scandal emerged a year earlier. Anita sat down with YouTuber Edgar Obare to discuss her adultery with Terence and the events that followed.

The young lady believed that her videos were spread on social media groups, exposing her as a slut who spiked men’s drinks and slept with them, which she refuted.

The young lady believed that the comedian’s wife was determined to smear her image, but that she had never paid any attention to what her husband Terrence had done. Anita, who is just a teenager, claimed to be in love with the family patriarch and that he had admitted his feelings for her as well.

Terence came out in a terse reply just hours after Anita’s interview to brand her a liar and say she was the one bullying his wife in exchange for money favors.