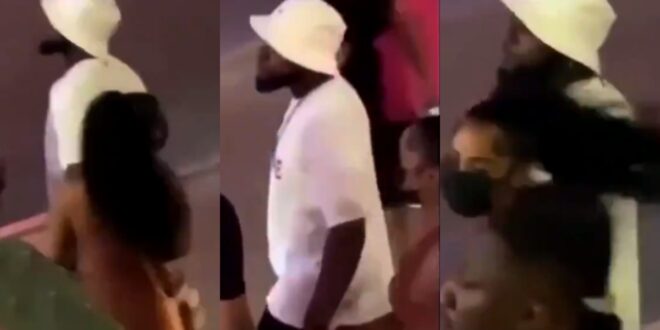 After all the Assurance, Davido Spotted with a new Girlfriend ending his relationship with Chioma (video)

After being seen stepping out with another lady after a show, a video of Nigerian superstar Davido has gone viral.

Many internet users have suggested that Davido has left his baby mama Chioma in order to meet another woman in St. Maarten.

The lady has been named as Myaya, YoungMA’s ex-girlfriend after they ended their relationship.

As a result of the video’s popularity on the internet, this response was elicited.

ALSO READ  So Sad: Video of Apraku My Daughter's body been taken out of his room will break your heart.
Share