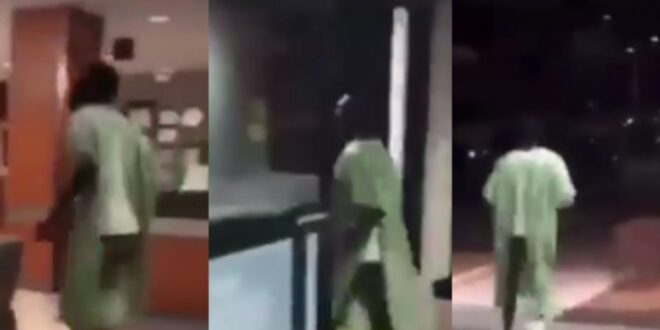 An amusing video discovered by buzzgh.com captures the moment a sick man flees from his hospital bed to his house after learning that his phone is in the hands of his wife.

According to what we’ve learned, the unnamed man was set for surgery at an undisclosed hospital, but his wife’s possession of his phone threatened to end his marriage and perhaps his life, prompting his behavior.

He allegedly asked the doctor about his phone while lying down on the operation table waiting for the doctors to begin their practice, and was informed that it was in his wife’s hands.

An eye witness said he sprang from the procedure bed and ran home to get his phone as soon as he learnt about it.