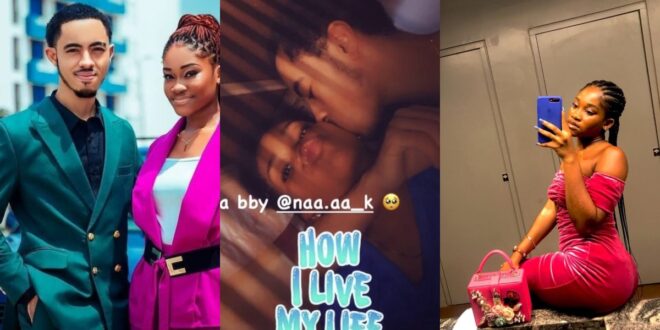 It appears that the relationship between Afia Schwarzenegger’s twin, James Ian Heerdergan, and his girlfriend, Naa Korshie have ended in tears.

as we reported earlier, bedroom photos of one of the twins of the self-acclaimed comedian together with his girlfriend surfaced online.

James Ian Heerdergan and his beautiful girlfriend Naa Korshie were having some amorous time together in the photo as we sighted.

well, according to Afia Schwarzenegger under a post shared by one of the blogs, her son and his girlfriend have ended their relationship just 2 hours after their photos surfaced online.

to reasons why these two young couples ended their relationship can only be best explained by themselves.

well, check out below;