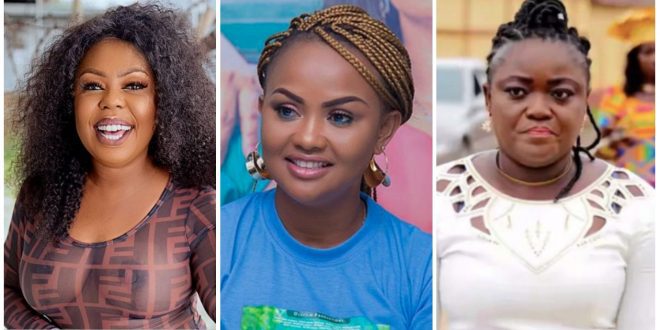 The co host of the badwam show, Nana yaa Brefo’s sudden resignation from Adom TV came as a shock to many people.

The timing of her resignation, drew many speculation that it was due to the interview she has with Nana Ama Mcbrown in which she asked some serious questions in regards to the death of the late Bernard Nyarko.

Nana Yaa Brefo was asked to apologize, which she refused because she thought there was nothing wrong with the way she conducted the interview.

Afia Schwarzenegger, who prides herself with the “the nation’s spiritual gossiper” title, has disclosed via her blog what made Nana Yaa Brefo leave Multimedia.

According to her, everything in the interview with Nana Ama Mcbrown was planned by the management of Multimedia and that Nana Yaa Brefo was painted black after things went wrong, when everyone was involved.

This hurt Nana Yaa really bad and it was part of the reasons she refused to apologize and later handed over her resignation letter.