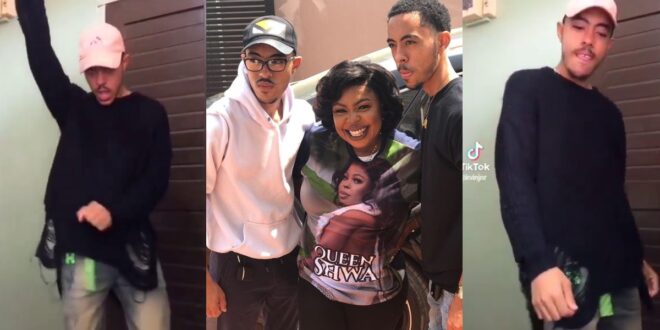 Afia Schwarzenegger and one of his sons, James, were arguing on social media a few weeks ago over her son’s supposed involvement with a girl named Naa Korshie.

But it seemed that her son was so taken with the said Naan Koshie that he returned to beg the lady for a comeback after a video of him soothing an upset girl surfaced.

He did this amid his mother’s objections that he should not date the child. This seems to have harmed Afia, who does not wish to draw attention to herself. She normally posts photographs and videos of both of her sons, but in a recent video, she posted a tiktok video of John.