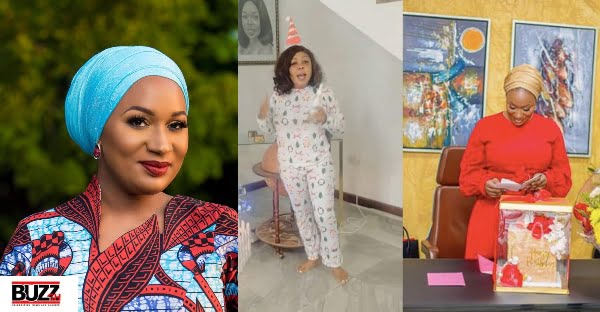 Afia Schwarzenegger deletes video blasting Samira Bawumia for gifting her a book out of fear.

It appears that Ghanaian socialite Afia Schwarzenegger has backed down from her criticism of Vice President Bawumia’s wife, Samira Bawumia, for giving her daughter a book as a Christmas gift.

On Tuesday, Afia Schwarzenegger took to social media to express her displeasure after receiving a book as a Christmas gift from the second lady, Samira Bawumia.

It appears that Afia Schwarzenegger was not pleased with her Christmas present and was rather expecting financial aid to help her ailing father at the Kole bu teaching hospital. She questioned; “what am I supposed to be using a book for?”

“I took my father to the Korle-bu hospital when I received a call that the Second Lady has a Christmas gift for me. I became excited and screamed so loud and rushed home,” Afia Schwarzenegger revealed in the just-deleted video on her Instagram page.

“I finally got hold of the present, opened it, only to see it was a book, a common book. A woman like me with a sick father, what am I using a book for? Do we celebrate Christmas with a book? I know someone is behind this because Samira will not do this,” she added.

Well, the video was taken off from her profile after some social media users criticized her for being disrespectful to Bawumia’s wife.

Meanwhile, The controversial comedienne is yet to release a statement regarding the book gift after taking the action.