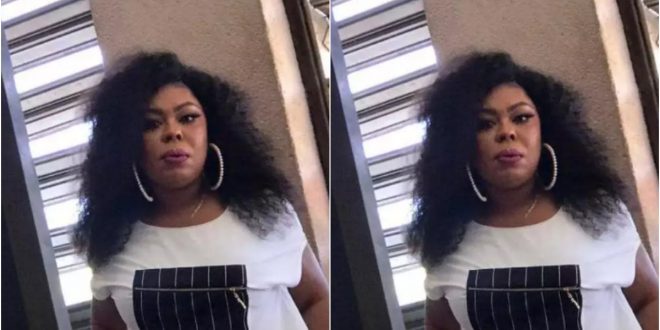 the self-acclaimed queen of Ghanan comedy, Afia Schwarzenegger has finally broken silence on news circulating about her arrest.

it was reported yesterday that the controversial media personality had been arrested and in police custody and was confirmed with a video and a writ.

the report had it that her arrest was in connection with her issue with one Mr. Philip Kwame Brobbey, the plaintiff accusing her of defaming him.

Well, in a new video sighted on social media, the mother of three was seen lashing out at the media houses that started spreading the news of her arrest as she refutes the claims.

according to her, she was invited to answer questions by the police because she threatened to beat the hell out of Mr. Philip Kwame Brobbey.

Afia jokingly added that she has been having sex the whole day and that the Ghana Police Service should use their time wisely.