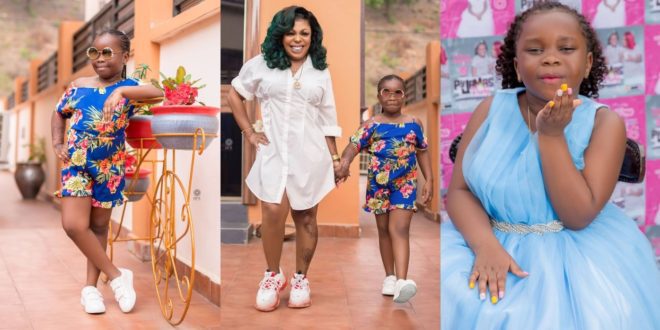 Nana Tornado – of the defunct Delay’s series – is back one his daily course of toiling the image of her one-time friend and now enemy, Afia Schwarzenegger as he has come out with new damning allegations on the controversial media personality.

Speaking in an interview with Ola Michael of Okay FM, He also revealed that the self-proclaimed Queen Comedy uses her daughter, Pena to beg people for money. The interview which was to highlight the reason for the fallout between him, Afia Schwarzenegger, and Mzbel took a turn in bringing out a lot of damning revelations.

On his actual reason why he ended his friendship with Afia, Tornado said the latter was going round telling most of the important friends he introduced her to that he’s gay. The self-acclaimed free thinker also said the comedian took advantage of their friendship.

Ola Michael then asked if it’s true Mzbel snatched Afia Schwar’s boyfriend which resulted in the dissolution of their friendship. Nana Tornado rubbished such claims and added that it Afia’s boyfriend made advances at Mzbel.

He added that as a good friend, Mzbel informed Afia Schwarzenegger about what her boyfriend was doing.

watch the video below for more: