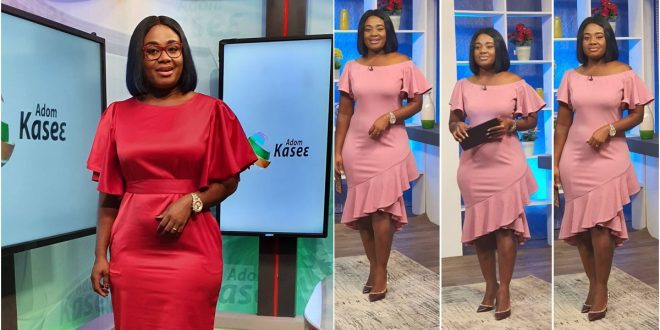 Afia Amankwah Tamakloe among many of her duties at the Multimedia group will also be the co-host the Badwam Show with Omanhene Kwabena Asante.

Afia Amankwah Tamakloe joined the Multimedia Group Limited since the year 2006 and has been the host of two health shows “Nkwa Hia” and “Nyinsen Ni Awuo” on Adom TV and Adom FM respectively. She has been now given another herculean task making her the host of not less than 3 shows aside news broadcasting at this same firm.

Nana Yaa Brefo’s resignation came following her being criticized by Ghanaians for the manner she interviewed Nana Ama Mcbrown in the early days of Bishop Bernard Nyarko’s death. This got people thing it was the reason why she quit but she later came out to refute those rumors.