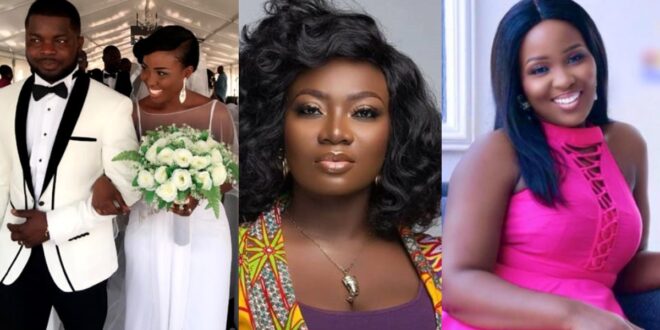 Adwoa Saah, the former host of Kumkum Bhagya, has been trending for a few days now.

Following a new interview with Delay in which she mentioned her marriage, the tv personality and mother of two is making headlines.

Adwoa Saah has stated that she will never marry a man with children in her next life, despite the fact that she has issues with her current marriage.

A throwback video has surfaced in which Adwoa Saah mentions her marriage to Stacy Amoateng.

In an interview, she disclosed that internet trolls were bullying her about her marriage.

People even told her that her husband is a sperm donor, a moron, and a host of other false stuff about her marriage, she says.

Despite the fact that Adwoa Saah did not name her abusers, she recently announced that her husband’s baby mamas have been harassing her on social media.