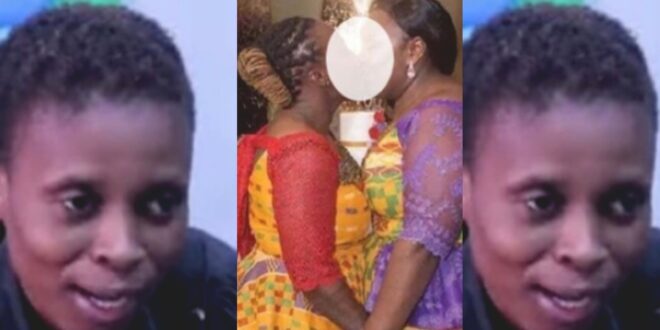 Sister Adwoa Dela has spoken up on how she became a lesbian when she was 15 years old.

She told her story of over 20 years as a lesbian on Agyenkwa Fm’s Heaven & Hell show, now that she has changed and repented.

Sister Dela confessed to Evangelist Awusi that she had her first lesbian sex in 1995 while at home waiting for her BECE performance.

They formed a serious relationship as a result of the presents she used to get for her, and one day in the girl’s home when her parents were at work, she kissed her and all began.

They began doing so on a regular basis before her BECE results arrived and she enrolled at SSS as a full-time lesbian since it was an all-girls school.

She is now a repentant person at the age of 41.