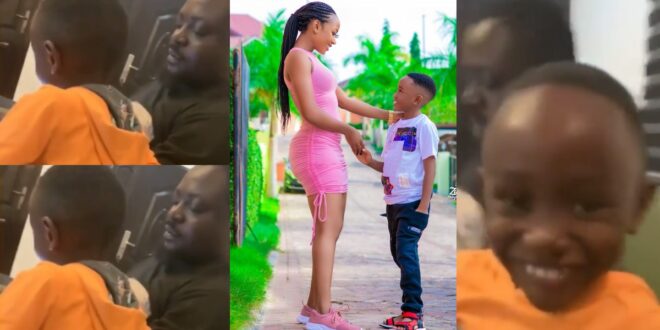 After her case began, several have asked about the whereabouts of Akuapem Poloo’s son’s parent.

Many people were shocked and worried as word of the influencer’s sentencing spread, with many wondering if the little boy would be provided for when she was known to be the family’s breadwinner.

A contentious counselor, Counselor Lutterodt, strongly doubted the boy’s father’s whereabouts, saying it was time for him to assume ownership while Poloo was unavailable.

A touching video of Akuapem Poloo’s son and baby daddy, on the other hand, has recently gone viral, leaving many people emotional.

The video depicts Poloo’s baby daddy and his son connecting and getting closer, showing that they have a good relationship and are likely in contact during these difficult times.