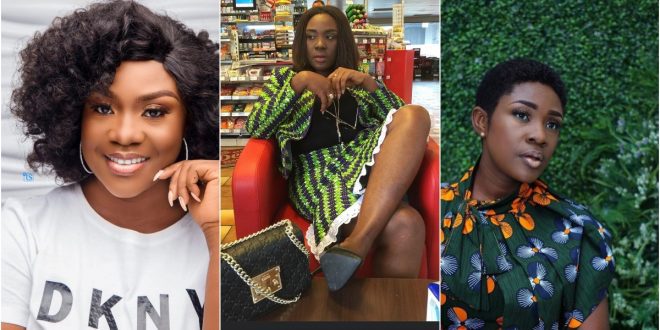 As she donated a maternity ward to a hospital in the Eastern Region of Ghana, Kumawood actress Emelia Brobbey was on philanthropic duties.

The event of the launch of the new ward was recorded by a youtuber and it was  observed by buzzgh.com and it is beyond commendable.

The actress is one of the most respected in the movie business and the new building is her own form of contributing back to her community.

On her 39th birthday anniversary, which falls on January 7, 2021, the news of her charitable act was announced earlier.

The chief of the town, accompanied by his subjects, was present at the opening as they praised the actress for her contribution.

ALSO READ  "There are millions of ladies in the world, but chose one and appreciate her"- Stonebwoy advices.

The Emelia Brobbey ward, named after the renowned actress, is fitted with everything required for the safe delivery of pregnant women in the area.