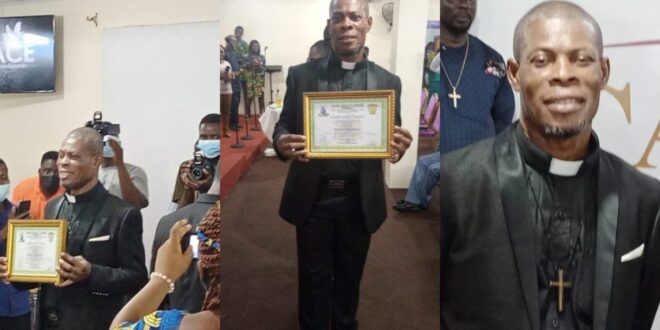 According to what we have learned, he was surrounded by relatives, acquaintances, and film industry colleagues.

He revealed that he was a Bible School student who would soon leave the institution and be referred to as a godly guy.

Being a Pastor, according to actor Waakye, would not prevent him from pursuing his acting career since acting is an effective vehicle for preaching the gospel.

When asked about parts he wishes he had never accepted during his acting career, Prince Yawson said that he never smoked or caressed in a film.

He explained to the host of the show why he made the choice he did from the beginning of his career:  “many youngsters watch me as their mentor so if I feature in movies and portray such characters they might be compelled to blindly copy it since their mentor is seen doing it in movies.”