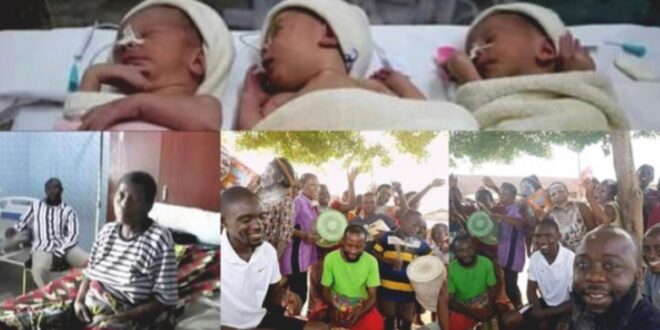 A whole community jubilate for 55 years old woman without a child but gave birth to triplets yesterday.

A woman who was mocked for being barren has finally given birth, much to the delight of her friends and family.

After years of childlessness, a 55-year-old woman from the Otuokpoti village in Bayelsa State’s Ogbia Local Government Area gave birth to triplets.

the whole city was plunged into unimaginable happiness.

Mrs Togbe Awusaziba, the mother, told reporters that she did not think her pregnancy was true at the time.

Despite the fact that the mother and her three children were delivered by cesarean section, they are both safe and sound.

The Otuokpoti community greeted the mother after her successful delivery in the pictures below.