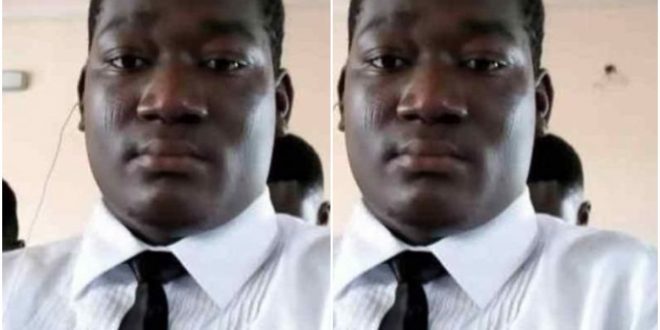 a second-year student identified as Rauf faces a horrifying death after being electrocuted burring the digging of a structure’s foundation.

his family members confirmed his sudden demise on sunshine FM and also added that the contract was given to him by a man named Garu Burger to dig the foundation of the building but got electrocuted in the process.

reports reaching us claims that there were electrical cables buried underground without the notice of the entire team at the construction site.

police are on the lookout, investigating the site hoping to find the electrician who did the underground wiring.