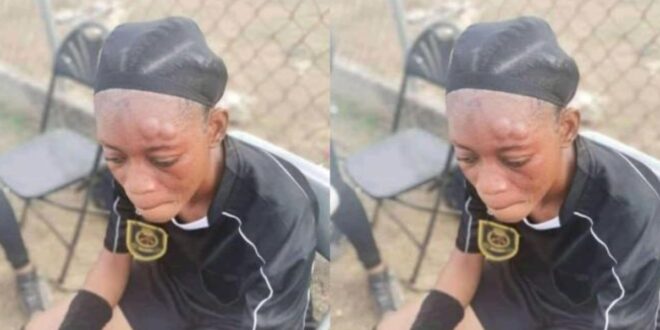 An incident occurred during a football match in the Ashanti Region town of Kumasi, where a female referee, Ms. Faizatu Jakpa of the Referees Association of Ghana, was physically attacked by a player.

A confusion occurred between the said Fabulous Ladies’ female player and the referee Faizatu during the match. As for what the problem was, we can’t say, but before the referee could utter a single word, she got her beatings of a lifetime, resulting in a swollen lip.

Look at the image below.