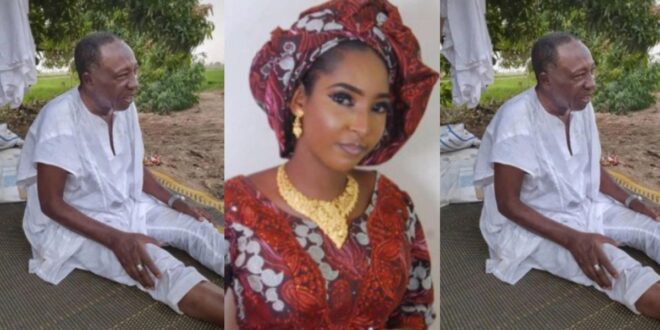 Alhaji Mohammed Sabo Nanono, the 74-year-old Federal Minister of Agriculture and Rural Development in Nigeria, has married a teenager.

People were perplexed by this trend, as they wondered why the minister would pursue a girl who was young enough to be his granddaughter. The young lady in question is just 18 years old, and according to sources, she is a high school dropout known only as Rakiya.

The minister married the young lady in a private wedding on April 3 in Jere Town, Kaduna State, according to the Daily Nigerian.

According to the report, the minister’s family objected to the wedding, but the minister insisted on marrying the girl despite the 50-year age difference, demonstrating his love for her.

“The minister only assigned three people and warned them against disclosing the details of the marriage to people. The minister is madly in love. He appeared unstoppable.”