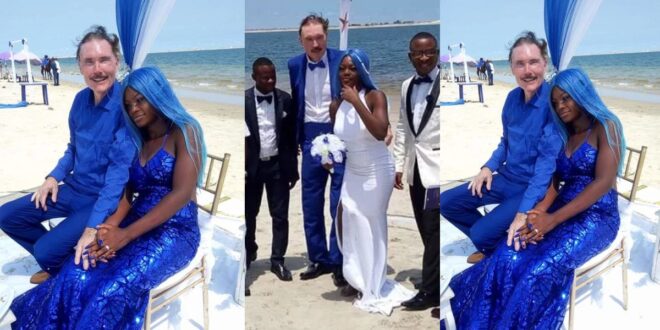 65 years old white man comes to Africa to marry 21 years old girlfriend of a scammer who scammed him. (photos)

reports reaching us suggest that a scammer has lost his girlfriend to the ‘mugu’/65 years old white man he has been scamming for years.

According to reports coming from Nigeria, the scammer has been using his girlfriend photos to communicate with the white man and extracting money from him.

The girl who got to know about what his boyfriend was doing, managed to get the contact of the white man and told him all that was going on.

The white man was already in love and opted to come marry the lady for her honesty.

The wedding was said to have come on at Oniru Private Beach and it was attended by a small gathering of the girl’s family due to Covid Protocols.