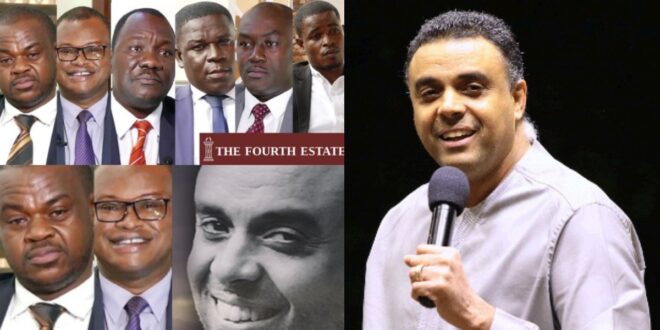 6 former pastors of Dag Heward Mills, sue him for no paying their SNNIT

Six former ministers of the Lighthouse Chapel International, now recognized as United Denominations, have filed a lawsuit against the congregation, alleging that they were abused for years while serving for it.

They claim to have served with the church for years, much of the time as pastors overseeing various divisions throughout Ghana and other sections of Africa while not being officially hired by the church.

Bishop Dag Heward-Mills’ church even refused to reimburse their Social Security (SNNIT) payments consistently during the years they worked with the church, putting them in financial jeopardy when they neared retirement.

As a result, they have taken the church to court to demand restitution.

The news was first reported by The Fourth Estate, a digital media outlet that just employed Manasseh Azure.

They spoke with the pastors to learn more about their situations.

“The six [pastors] resigned from the church for different causes and took the Lighthouse Chapel International, which used to be the epicentre of their theological and social lives, to court,” according to their research. They are asking the court to order the church to compensate their SSNIT contributions, as well as other privileges they say the church has breached since they began ministering there, some shortly after graduating from college.”

Another troubling part of the report is that the majority of these men abandoned their schooling, some with degrees that should have landed them high-paying careers, in order to serve their “papa.”