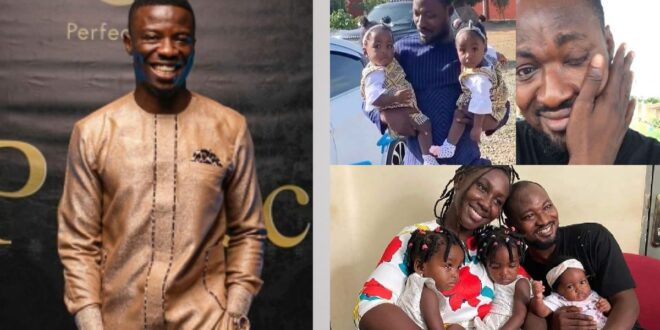 Kwaku Manu, a Ghanaian actor, has confirmed his involvement in the reunion between Funny Face, Vanessa and his children.

During an interview with ZionFelix on the ‘Uncut Show,’ he revealed the talk he had with Vanessa, the mother of Funny Face’s children and her family.

According to him, prior to their conclusion, Vanessa and her mother detailed their side of the problems.

The famous actor suggested that after their meeting, it was not pleasant, but something good came out.

Sharing the frustration of Vanessa, he said it is not easy to raise three (3) kids at a time while looking at the present conditions.

Kwaku Manu  said maybe God used him to prevail as a weapon for peace.

he even talked about his communication with Funny Face’s lawyer.