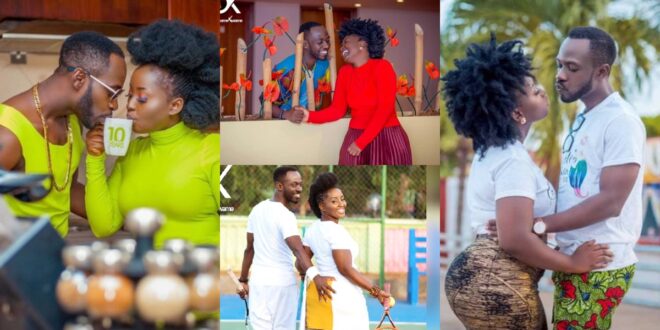 Typical of the venerated Ghanaian musician, Okyeame Kwame, he wrote a piece on love on Valentine’s Day to explain how determined he was to love his wife and vice versa.

The ‘Yeeko’ hitmaker suggested in the piece shared on his social media that the confidence both himself and his wife have towards each other is so strong that he would not criticize her even if his wife sleeps with another man.

“I will not even judge my wife or label her as a cheater if she ever falls in the arms of another man,” he wrote.

In an interview on Delay’s program, Okyeame Kwame’s wife, Annica Nsiah-Apau, also said that she believes her husband would not cheat on her and he will forgive him even if he does.

His write-up today is only a foretaste of what is found in their yet-to-be-released novel, Love Locked Down, according to Okyeame.